Each of the books in Nathan Hale's Hazardous Tales has elements of the strange but true and is presented in an engaging, funny format, highlighting the larger-than-life characters that pop up in real history. Big Bad Ironclad! covers the history of the amazing ironclad steam warships used in the Civil War.

From the ship's inventor, who had a history of blowing things up and only 100 days to complete his project, to the mischievous William

The Donner Party expedition is one of the most notorious stories in all of American history. It's also a fascinating snapshot of the westward expansion of the United States, and the families and individuals who sacrificed so much to build new lives in a largely unknown landscape. From the preparation for the journey to each disastrous leg of the trip, this book shows the specific bad decisions that led to the party's predicament in the Sierra Nevada 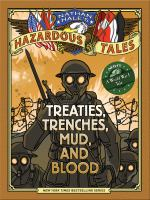 New York Times Bestseller
World War I set the tone for the 20th century and introduced a new type of warfare: global, mechanical, and brutal. Nathan Hale has gathered some of the most fascinating true-life tales from the war and given them his inimitable Hazardous Tales twist. Easy to understand, funny, informative, and lively, this series is the best way to be introduced to some of the most well-known battles (and little-known

New York Times Bestseller
Araminta Ross was born a slave in Delaware in the early 19th century. Slavery meant that her family could be ripped apart at any time, and that she could be put to work in dangerous places and for abusive people. But north of the Mason-Dixon line, slavery was illegal. If she could run away and make it north without being caught or killed, she'd be free. Facing enormous danger, Araminta made it, and

Learn the thrilling true story of the Texas Revolution and the Battle of the Alamo with the New York Times bestselling graphic novel series!
Â
âRemember the Alamo!â
Â
That rallying cry has been a part of Texas lore for generations. But what, exactly, should we remember? Who were the ragtag group of adventurers behind the famous slogan, and how did they end up barricaded in a fort against a Mexican 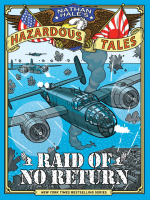 Nathan Hale tackles a topic fans have been asking about for years: World War II.

On December 7, 1941, the Japanese bombed Pearl Harbor, officially bringing the United States into World War II. A new generation of pilots were recruited to fly bombing missions for the United States, and from that group, volunteers were requested for a dangerous secret assignment. For the first time in American history, Army bombers would be launched from an aircraft 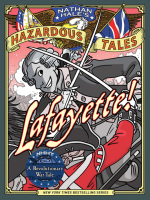 Gilbert du Motier became the Marquis de Lafayette at a young age, but he was not satisfied with the comforts of French nobility—he wanted adventure!

A captain at eighteen and a major general by nineteen, he was eager to prove himself in battle. When he heard about the Revolution going on in America, he went overseas and fought alongside Alexander Hamilton and George Washington for America's independence. Nathan Hale's Hazardous Tales are 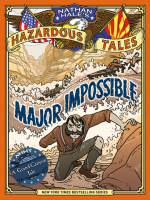 The ninth book in the bestselling series tells the story of John Wesley Powell, the one-armed geologist who explored the Grand Canyon

John Wesley Powell (1834–1902) always had the spirit of adventure in him. As a young man, he traveled all over the United States exploring. When the Civil War began, Powell went to fight for the Union, and even after he lost most of his right arm, he continued to fight until the war was over. In 1869

Why would Napoleon Bonaparte sell the Louisiana Territory to the recently formed United States of America? It all comes back to the island nation of Haiti, which Napoleon had planned to use as a base for trade with North America. While Napoleon... 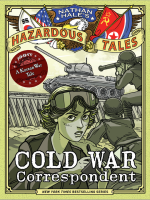