A Head Full of Ghosts
(eAudiobook) 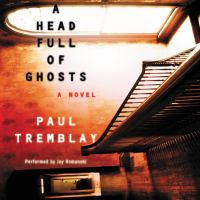