Song of the Lion Unabridged
(eAudiobook) 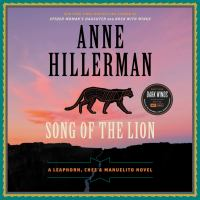