The Dangerous Art Of Blending In
(eAudiobook) 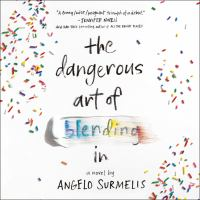