Kingdom of the Blind: A Chief Inspector Gamache Novel
(eAudiobook) 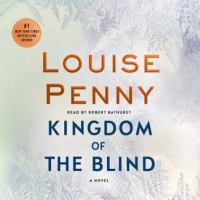