The war on kids
(DVD) 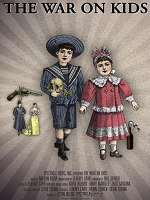